There are shenanigans going on at NOAA, concerning adjustments made to the temperature record, which make recent years look warmer than they actually are, when compared to past years. Some suggest  this has been done for purely political reasons, because of growing disbelief in “Global Warming”,  and because of a political need to be able to claim things such as “Last May was the warmest ever.”  Rather than properly scrutinizing such claims, the mainstream media seems to merely take what it is told and to run with it.  Rather than report they regurgitate.

The scrutinizing is left to others, who find it quite easy to cast considerable doubt on NOAA’s new, adjusted way of measuring temperatures. I myself wrote a post the day after they came out with the scheme, pointing out it made little sense to take temperature readings from the sun-baked, mosquito-infested arctic tundra, where temperatures can easily top 90° F, and to use those land-based readings to guess what temperatures might be out over the ice-choked waters of the Arctic Sea, where temperatures seldom get up to 40° F.  Such “homogenization” makes no  sense, yet NOAA’s “new way” did it.

Another way of scrutinizing the “new way of measuring temperatures” is to compare it with the temperatures NOAA actually uses, when making forecasts. NOAA doesn’t want to use “adjusted” or “homoginized” temperatures, when  it runs its GISS model. It wants to use “real” temperatures, and to make sure they are as accurate as possible, because even a slight variance in the data put into the forecasting tool can make a big difference, with the difference getting larger and and larger as the model forecasts farther and farther into  the future.  (It is sometimes suggested that even a butterfly flapping its wing can make a difference, ten days down the road.) Therefore, over at the Weatherbell site, Dr, Ryan Maue simply made a graph of the “real” temperatures, used for real forecasts, and rather than the past  May being the warmest ever, it appears to be the “eighth warmest since 1978”.

Of course at times one gets fed up with pointing things out, and being utterly ignored. Rather than  reporting, the media goes right on regurgitating, seeking out hot places to report upon, and utterly ignoring the cold places. At this point I’m afraid I resort to less than level headed and spiritual behavior. Even though I’ve just come from church, and know I should be gentle when I point out errors, and only remonstrate in a  fatherly manner when I see a lack of truthfulness in others, I resort to sarcastic potshots. I’m not sure the Bible actually states, “Thou shalt not resort to sarcastic potshots”, but I think it is implied.

One of the best sinful potshots, which I confess I’ve succumbed to employing, is to simply counter the media’s silly reporting of every heatwave they can find with reports of snowfalls. The media avoids reporting snowfalls in their silly  focus on heat, and it throws a wrench in their works to even mention the white stuff.  For example, you can post pictures of a July snowfall atop Mauna Kea Volcano on Hawaii. 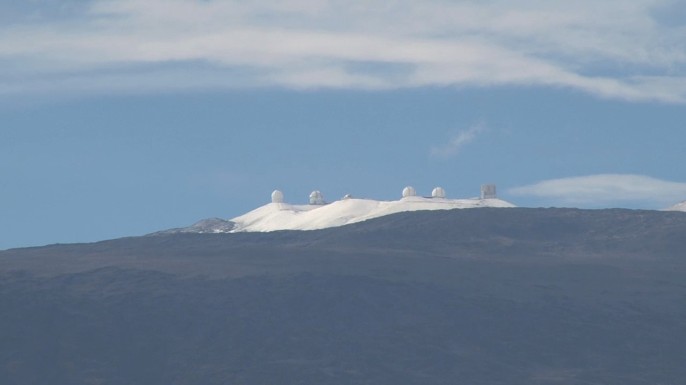 Now, if you were a good reporter you might mention that the observatory up there is at an altitude of 13,796 feet, and up that high, while July snow is unusual,  it isn’t unheard of. However that  would be mature behavior, and, because we have been reduced to playing tit-for-tat with an immature media, you don’t mention that. Instead you sensationalize, and report the National Park is closed, and the rangers have posted:

“The road to the summit of Maunakea is closed to the public at the Visitors Information Station due to icy road conditions at the summit. After road inspection this morning, the ranger reports ice on the upper summit ridge and switchback, the east/ west summit ridge, and the UKIRT-IRTF roads. He also reported mixed rain and snow, fog, there is an inch and a half of frozen snow on the summit and moderate winds. This message will be updated accordingly as conditions change. (Mauna Kea Rangers on July 17, 2015 at 5:55 a.m.)”

In this manner, rather than educating the public, you can take advantage of the fact the general public assumes Hawaii is warm, and create an impression. After all, the mainstream media is more interested in impressions than in reality, isn’t it?

In the same way, the general public assumes Africa is a hot place. There is no need to mention South Africa is far south of the equator, and has passes up at higher altitudes, or even that it is winter down there. Simply mention the words “Africa” and “Snow”, and beat the media at its own silly game by posting pictures like this: 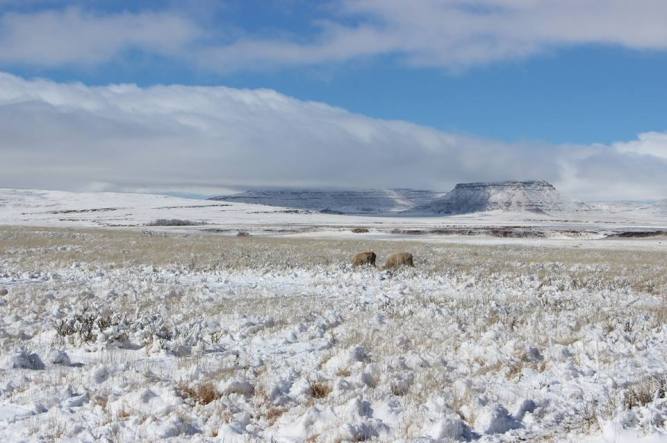 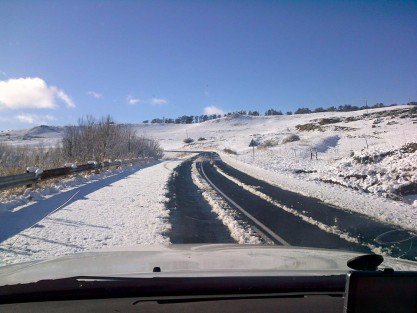 OK. Now, to see if you have been listening, I am going to show you a picture of a snow-covered farm in southern Chile, in South America, where they had up to 80 cm of snow.   You have to invent headlines and a brief article. (The only stipulation is that you are absolutely forbidden from saying, “It’s chilly in Chile”.) 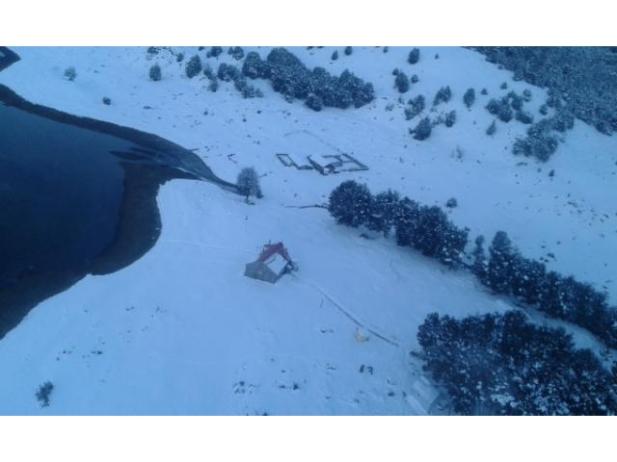 No! No! No! That was utterly wrong! First, you mentioned that it was winter in the southern hemisphere. That is utterly unnecessary. Then you pointed out southern Chilie includes Cape Horn and juts down towards Antarctica. That utterly spoils the effect. The only reason I’m not flunking you is because you did mention there was “up to 80 cm of snow” even though there is not that much snow in the picture.

I’ll  give you one more chance. Here is a picture from a railway station, yesterday in Australia: 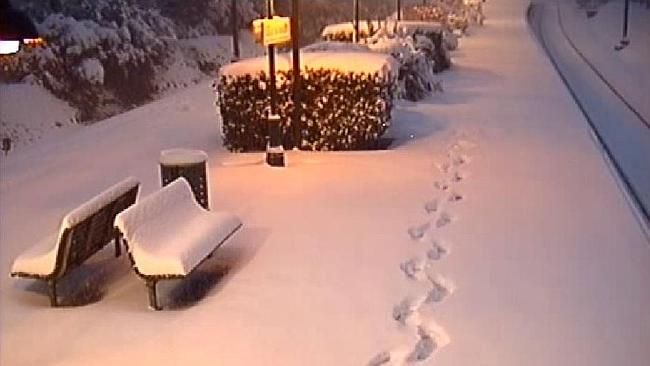 If you are an alarmist, you might try suggesting this snow is actually warmer than snow used to be. There are some who will believe you. 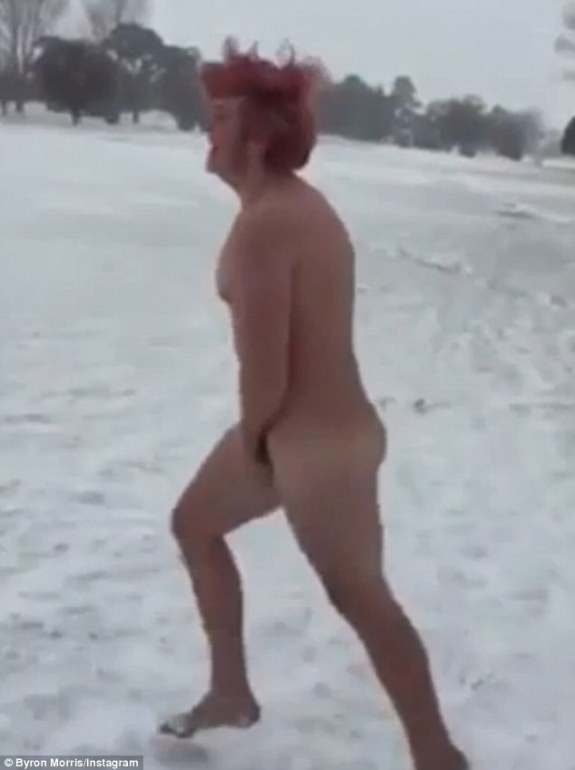 However if you are a Skeptic, you must post all the pictures you can find of snow in July. It is actually a refreshing job, when it is hot and muggy outside. Here is a great resource, for finding all the cold, frosty, snowy news items the mainstream media always neglects to report: