Pope Francis claims he has become involved in the Political side of Global Warming because of his concern for the poor, yet seems blind to the suffering of some of the toughest poor people in the world, who live at high altitudes in South America. Where Global Warming suggests those high places should be warming they have been suffering this winter, as I already described in my post here:

Some will blame man for the death of livestock at high altitudes, suggesting that man is always to blame. They will suggest it was human foolishness and greed that led to exploiting nature at too high an altitude, and therefore man deserved the punishment of having his non-native and invasive cows and sheep frozen. In the case of native alpacas, man will be accused of herding them in an unnatural way.

Therefore it might be good to look at the behavior of a natural animal, the guanaco, which is the wild version of a llama, and was the hereditary stock from which Native Americans “unnatually” bred the llamas they used for meat and clothing. The guanaco is an animal splendidly adapted to high altitudes. 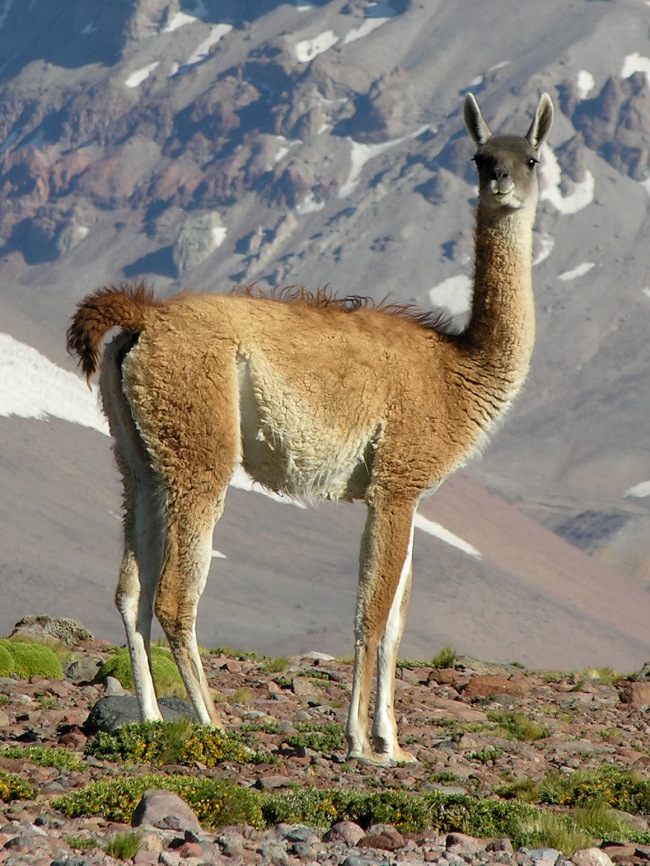 Guanaco are amazing, able to graze as high as 13,000 feet above sea level. Perhaps they could go higher, but there is nothing growing higher.  Their blood has four times as many red blood cells as human blood in each drop, which allows them to survive at high altitudes, and because they are relatives of camels they have a camel-like ability to go without water. In fact in parts of the Atacama Desert where a year can pass without rain the native Guanaco survive basically on fog blowing in off the sea and making lichen damp.

Obviously it is an animal superbly adapted to its environment, and one would never expect this to happen: 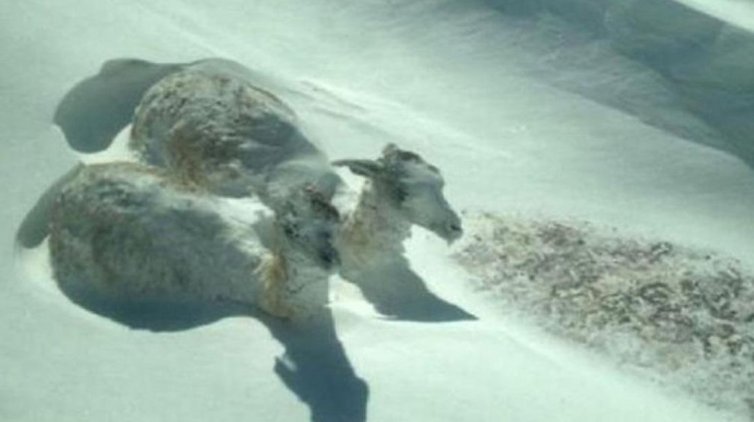 These two guanacos died standing up, while crossing through a mountain pass, in the Popes’s homeland of Argentina. However perhaps the Pope can’t be bothered scanning the Argentinian tabloids any more, especially a “pro-Peronist” tabloid such as El Tribuno.

The pity is that by being disconnected from the common people of South America he claims to care so much for, and by being so connected to the elite and politically correct La-di-da  of Europe who wring their hands about Global Warming that doesn’t happen, the Pope is in danger of losing touch with the very poor people the Catholic Church was once famous for caring for. He will look like royalty flouncing about in extravagant clothing, calling the salt of the earth the “Hoi polloi “. And the poor do notice such disdain, as their livestock freeze in the high Andes, and they lose their ability to feed and clothe themselves.

(A Hat-tip to Argirls Diamantis, who can be bothered with scanning South American tabloids, and who sent me this news.)