The storm I’ve been watching looks like it is heading north and will cross right over the Pole, continuing on to Canada.  “Ralph” (anomalous low pressure at the Pole) is back! 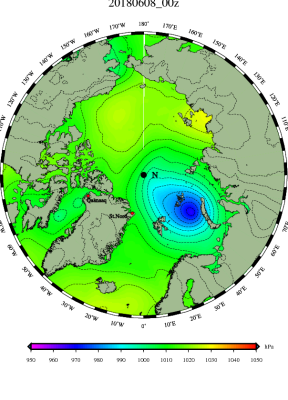 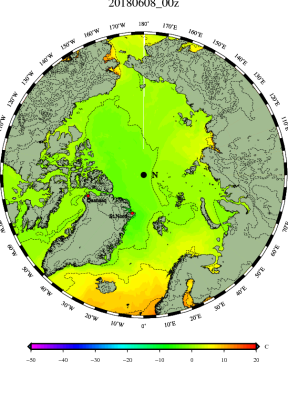 You can’t get much less “zonal” than to have storms crossing over the Pole. So my forecast is shredded. Time to go back to the old drawing board. 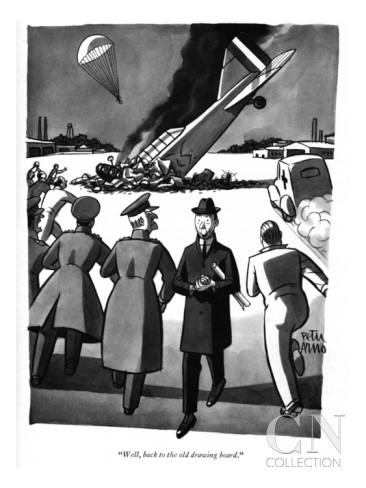 My theory was that what made the flow zonal was the atmosphere getting things back in balance, and what made the flow loopy (meridional) was things being put out of balance, which would require a greater exchange of heat from the equator with cold from the Pole. Therefore an El Nino’s warming should require greater looping of the jet, while a La Nina’s cooling should flatten the jet and make things more zonal.

This definitely isn’t happening. Perhaps it is the “Quiet Sun” making the Pole cooler, and keeping things out of balance even when the La Nina cools the tropic a little. For the Pole is cooler than normal. 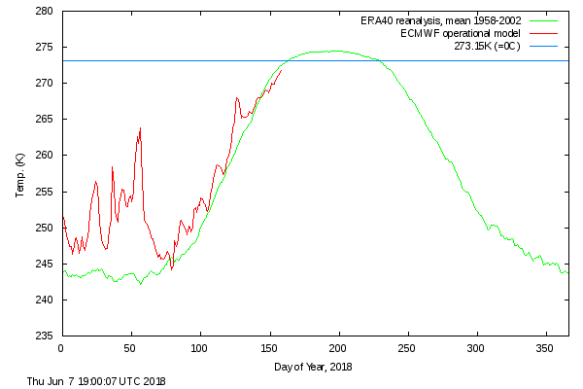 The storm hasn’t yet made the sea-ice “extent” graph plunge all that swiftly. It continues below normal. 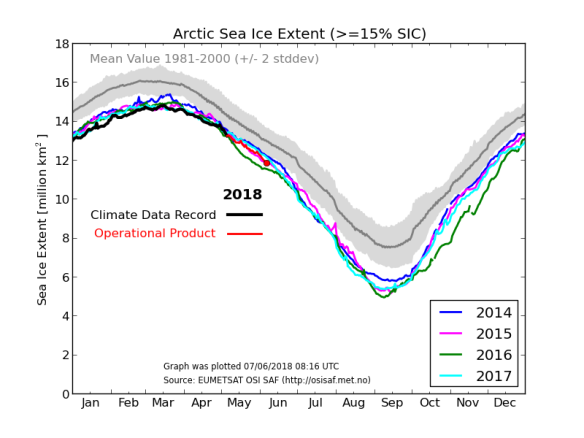 The storm hasn’t yet caused the “volume” graph to crash either.  It continues unexpectedly higher for this date than at any other year of the past five. 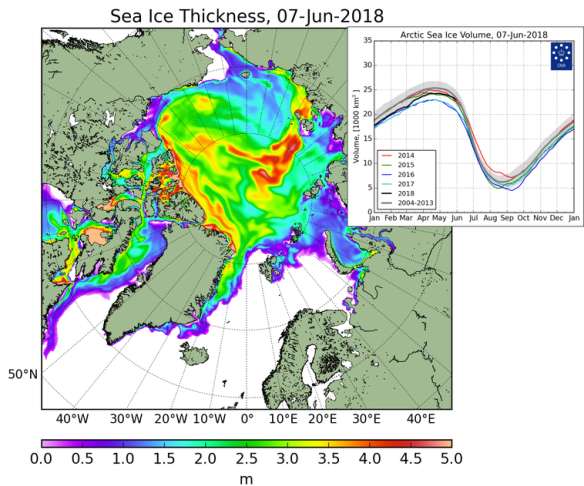 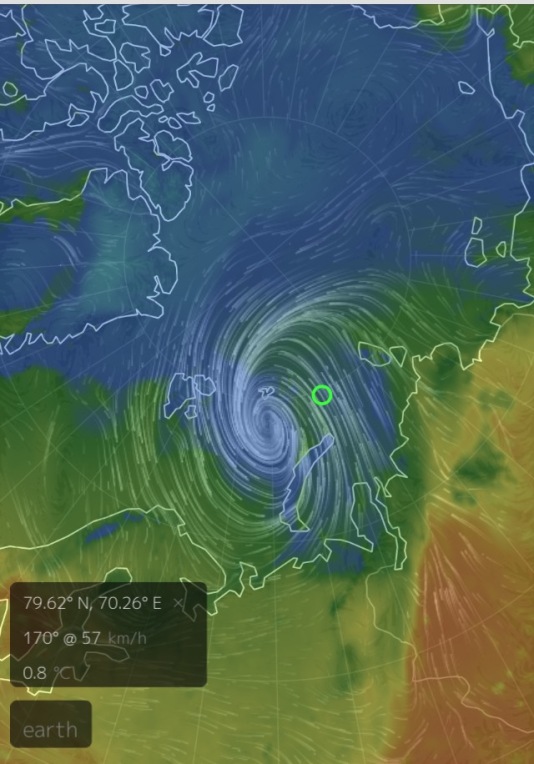 But one thing fascinates me. Looking at the Nullschool sea-currents map, it looks like an eddy has formed just south of Fram Strait. For the time being this diverts a milder current, which usually heads up the east side of Fram Strait, hugging the west coast of Svalbard, and wheels it about to the south. If less mild water enters the Arctic Sea this could slow the melt. 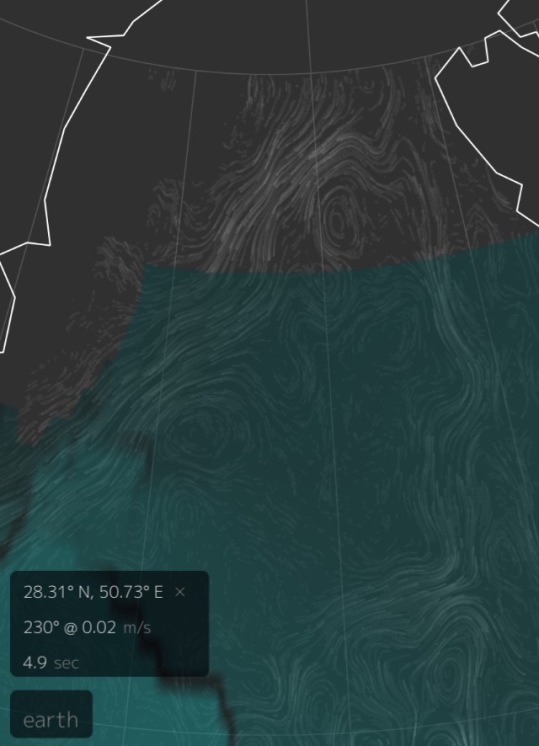 I’m not sure how accurate the Nullschool maps are, but they are something to keep an eye on. I’m also not sure why it took nearly to June for NOAA to update its AMO graph for April. Perhaps they don’t like the fact the AMO is trending colder.

We will have to keep a sharp eye on the currents in the North Atlantic to see if a shifting AMO changes them. In the past there have been large changes, with fishing grounds shifting hundreds of miles further south. However the main thing that fascinates me is the loopiness of the jet stream. It has brought storms crashing into Greenland later in the spring than normal, and though some thaw has started at the edges of the ice-cap, that decrease is countered by snows at higher altitudes towards the center. 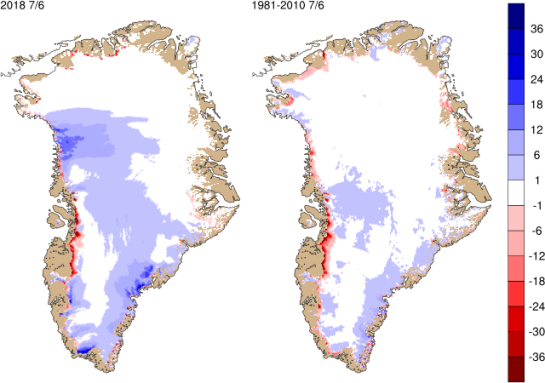 For a while the increase in total mass resembled years where the increase fell off sharply, but now it has separated on the graph from those years, as it just keeps rising. 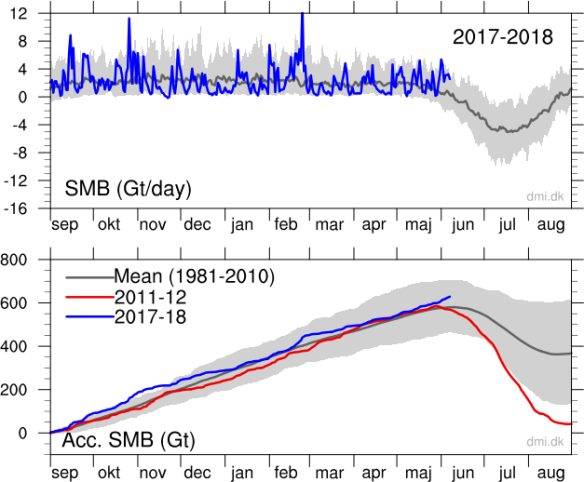 Last but not least, a cold AMO would tend to make it colder in eastern Canada, so we should keep an eye on Hudson Bay. Currently the melt at the edges is keeping pace with last year, but the ice in the center of the Bay is far thicker. (2017 left and 2018 right.) 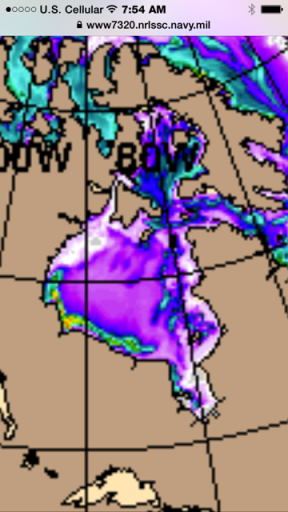 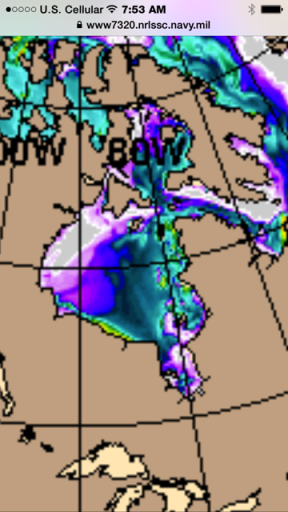 All in all it is looking like it could be a fascinating summer, even without cameras. It would be indicative of a “Quiet Sun” effect, I imagine, if “Ralph” continues to reappear before the El Nino.

All we need is a volcano to blow up there to really get things crazy.