Because I raised five children, and coached teams, and now run a Childcare, I have great sympathy for anyone who has had to deal with children. There is nothing sillier, in my opinion, than a person who has never raised a child, or experienced a classroom full of unruly children, who writes a book advising people how we should deal with our youth, (for example, certain economists.).

Perhaps the most damning evidence has been the way schoolmarms have allowed perfectly normal and healthy young men to be drugged with Ritalin. Some day these schoolmarms will die and stand before God, and have to answer the question, “How could you allow this to happen?” They will spread their palms and whimper, “What could I do?” And then they will be asked, “What alternative did you seek?”

I am not God, but I have asked schoolmarms these same questions. It is not an answer to simply whimper and spread your palms, but many do it. Years ago it became apparent to me that few tried hard to do anything but walk on eggs and never make waves, and to merely serve their time and retire and collect their teacher’s pension, (a pension which I note is, in part, funded by the Pharmaceutical companies that drug children). In my humble, anti-schoolmarm, school-boyish opinion even the teachers that claim to be Christian have in fact worshiped Molech, and participated in the sacrifice of our children.

Now the young boys they once couldn’t bother to truly help, and instead only drugged, have grown up. They are a very real social problem. The army, which is where troubled young men traditionally went in order to be slapped into shape, absolutely refuses to accept young men who spent their youth on Ritalin. Why? Because such men never learned even the rudimentary basics of a certain disciplines, because schoolmarms were too lazy to do anything more than drug, drug, drug them. Now such men are damaged goods.

If the boys were such a problem in classrooms, then teachers should have gone on strike, and demanded society deal with the problem. Teachers didn’t. Instead they meekly went along with the poisoning of bright young men, and now their retirement is not as serene as they hoped it would be. Bitter, snarling, surly, thirty-year-old men lurk about the edges of gated retirement communities, and retired teachers might get mugged. Is this any way for our elders to be treated? Yes. What goes around comes around, and if you treat helpless children badly you may expect to be treated badly when you are a helpless elder.

My rural town is facing a heroin epidemic. Enough heroin to get high all weekend currently costs less than a six-pack of beer. Young men do “sow wild oats”, but where drinking whisky once left youth horribly hung-over, playing with heroin now leaves youth horribly addicted. Therefore we warn our youth against heroin, but some don’t listen. I can’t help but notice that the youth who are deafest to good advice are the same ones who spent their entire boyhoods drugged on Ritalin. Obviously Ritalin didn’t make them smarter. In fact it seems to engender an attitude wherein the use of drugs is acceptable. And the use of drugs is acceptable, to schoolmarms, is it not? In fact some schoolmarms demand little boys be drugged, do they not?

The exception to this rule is tobacco. Since before the time of Tom Sawyer schoolmarms have been dead set against the small Winston Churchhills of the world smoking fat cigars. But make a fiery, defiant young Winston complacent with Ritalin? Oh, that is fine and dandy.

Now we are facing the consequences of our worship of Molech. Some schoolmarms feel it is horrible to send our youth off to war, and that sacrificing our youth in battle is a worship of Molech. However when danger invades our land it might be nice if elderly, retired teachers had a few healthy young men around to defend them. Are there many such young men left? Or have the schoolmarms crucified them all?

Some schoolmarms say it isn’t Ritalin that maims our young men, but rather the maiming is caused by a social problem that Ritalin was attempting to deal with. This is a lame excuse, and fails to recognize the damage such drugs do. It accepts the propaganda spewed out by the pharmaceutical companies, which suggest such drugs are not addictive and have no side effects, and which make the old Tobacco Lobby’s evil antics look minor, in comparison. Even if there was and is a social problem, the problem is not solved by drugging perfectly healthy little boys. In fact that ignores the problem, and the problem gets worse, like a cancer growing but hidden by painkillers.

In my opinion nothing is more degrading to manhood than addiction. The addicted cannot stand up and be a man, because they cannot worship anything high, (such as God if you are religious, or Truth if you are an atheist), and instead they are tortured and physically driven to worship their next fix. It is a “monkey” that rules them, and for their next fix they will sell their grandmother’s teeth. No promise they make can be trusted, for they will break it if it gets in the way of their next fix. They are reduced to being liars, for their next fix. It could happen to anyone, including people put on heroin against their will: Once addicted nobody can trust you. Your word is worthless. You are not a man; you are a junkie.

I’ve seen some young men pull out of this downward spiral, but they are a minority. They somehow have the guts to go through the nightmare of going “cold turkey”, (which few schoolmarms can even imagine), and then have the will to resist the attractive beckoning of friends who want them back, even though going back is death. However I’ve also seen pink-cheeked young men die of overdoses, even early on in their addiction.

In my Childcare I sometimes deal with the children of such addicts. Usually the grandparents have stepped in, because the parents are so focused on their next fix that they worship Moloch, and sacrifice their own children. The children have a certain air of sadness. They cannot understand why their parents care more for heroin than for them.

Schoolmarms need to be asked the same question. Why did you care more for Ritalin than six-year-old boys?

High up in skyscrapers the sleek executives of pharmaceutical companies preen and chortle and send out the blood money to the Teacher’s Union, so old teachers can receive pensions. They think they are above it all, but outdoorsmen built the very box they gloat in. Once their high-rise office was merely I-beams, high above city streets, with a cold wind whistling through, and the only people able to work in such scary circumstances were stoic Navajo and Sioux. In other words, the sort of outdoorsman their drugs destroy built the very perch such executives prattle upon.

The simple fact of the matter is that many boys are not born to be indoors. It is unnatural to ask them to sit for long hours at desks or in cubicles. It is even crueler to drug them for complaining about being cramped, especially when they are small and helpless, only five or six years old.

What I say is, “Lets go outside!” It is not merely the little boys that then jump for glee. Lots of the little girls don’t want to sit indoors at rows of desks either. Nor do they learn less by being outside. Can you tell the difference between checkerberries and partridgeberries? Between yellow vetch and crown vetch? Kids only four year old at my Childcare love to tell their parents about such distinctions. Furthermore children who may be the worst learners at rows of desks are sometimes the best students, when romping through the fields. 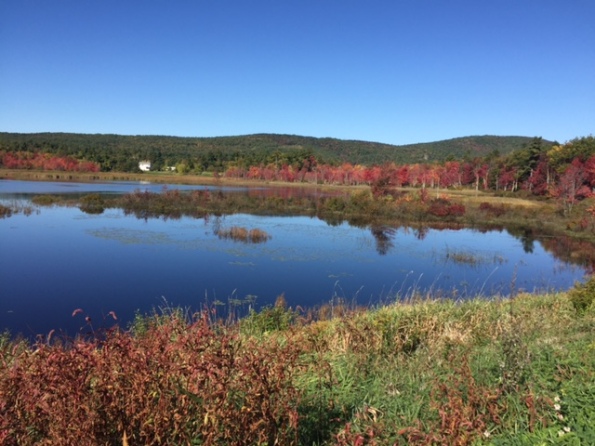 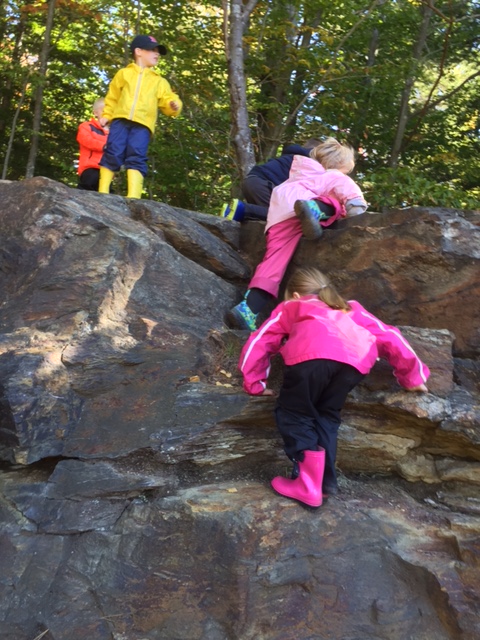 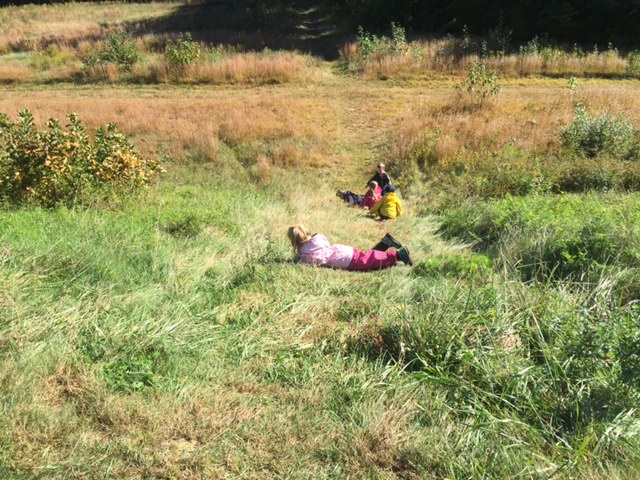 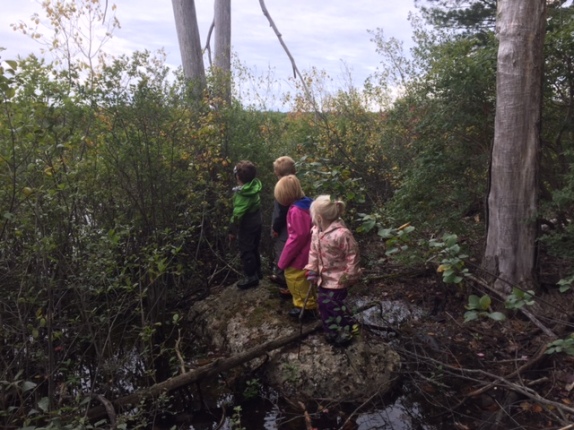 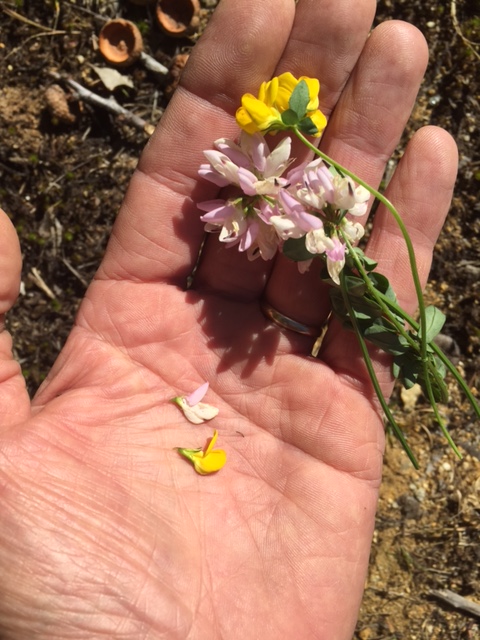 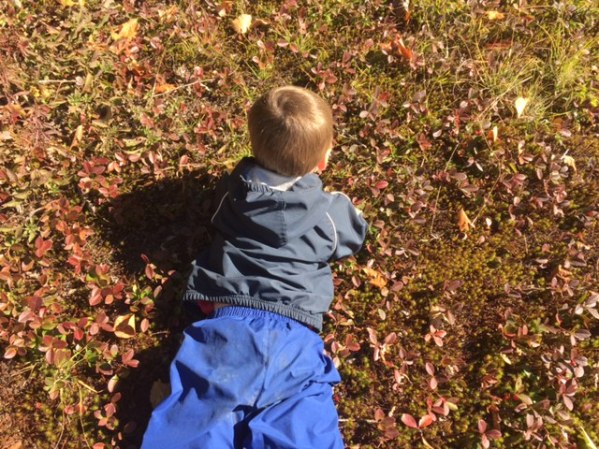 Is it so hard to do what I do? Obviously not, if a bumpkin like me can do it. So why didn’t schoolmarms do it thirty years ago, when they first became aware boys were a worsening problem in their classrooms?

Either they didn’t respond to the problem because they lacked the brains to see a solution, or they were too damn lazy, or perhaps too scared. None of these excuses justifies drugging small and helpless children. Rather than seeking the solution they complied with the problem, and became part of the problem, and included the problem in their retirement portfolios.

How strange it seems to me that these same schoolmarms now think their retirement should be free of the problem, which is looming like a thunderhead in our social skies. Did they really believe they could destroy our future, and then somehow retire into a future that wasn’t a wasteland?

Do schoolmarms deserve the fat pensions we pay them? That is not for me to decide. I suppose we each earn our respective rewards and punishments, whether they be in this world or the next, however I fear schoolmarms  will soon see a different sort of pension, when hyperinflation renders their fat checks too small to buy a loaf of bread, and they face streets full of the thugs they unwittingly created.

Old men and small children don’t do well
In wars, for in such madness a crazed greed
Casts songs of innocence into a hell
With songs of experience. War’s sick need
Is to mutilate both Truth and Beauty,
So old men and small children best lay low
And have nothing to do with loot or booty,
And own nothing worth taking, and never show
The true treasures that Truth and Beauty are.
Keep those secrets private, as the kings rave
And shake their fists at the evening’s first star
Because it dares shine and fears no brute’s knave.
That star glimmers Truth unseen by madmen
But seen by the old men walking with children.